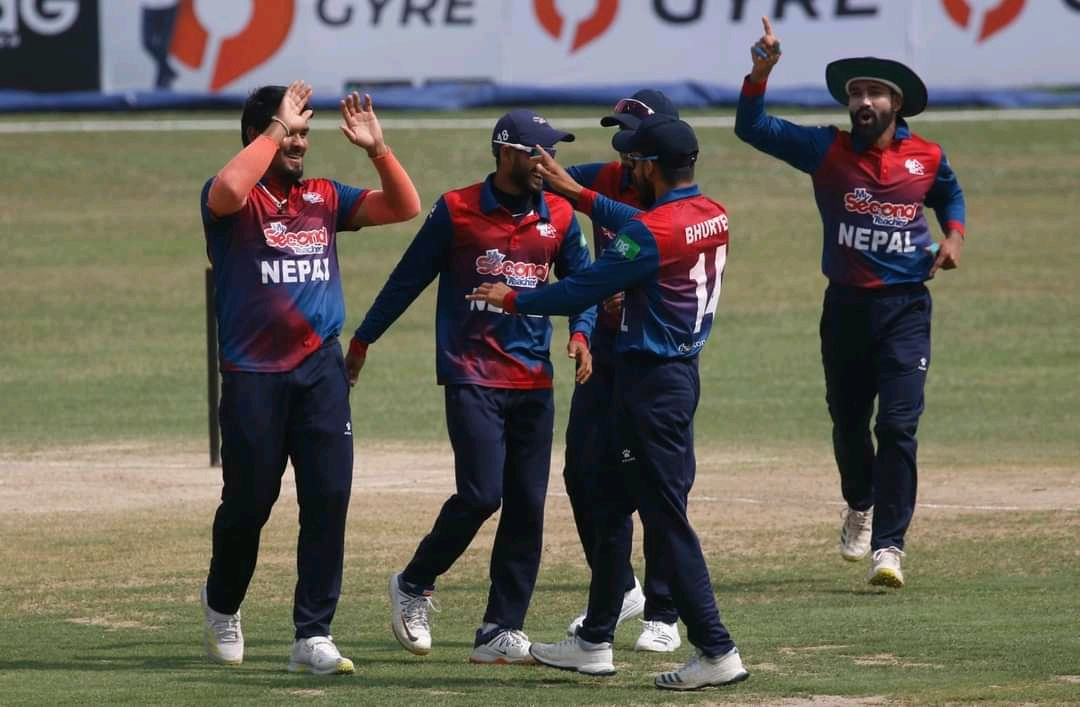 In the all-round performance of Dipendra Singh Airee, Nepal defeated Papua New Guinea (PNG) by 51 runs in the triangular T20 series.
Dipendra, who hit a half-century in batting, took four wickets in bowling.
After losing the toss at the TU International Ground in Kirtipur with the help of Dipendra's unbeaten 54 runs, Nepal lost 6 wickets in 20 overs and scored 168 runs.
After Dipendra took 4 wickets for 18 runs in 4 overs, PNG was all out for 117 runs in 16.2 overs.
For PNG, Sesse Bau scored a half-century but other players could not help him. Bau scored 59 runs off 38 balls with the help of 1 four and 6 sixes.
Ses Bau, who handled PNG's innings alone, was caught out by Avinash Bohara in the second ball of the 16th over by Karan KC. In the same over, Karan caught Abu Morea who scored 4 runs from Sandeep Lamichhane.
In the 17th over.
In the third over, Karan KC dismissed Lega Sika for 8 runs to give Nepal success. Then in the fifth over, Dipendra took two wickets in two consecutive balls which put pressure on PNG.
In bowling, Dipendra took maximum 4 wickets for 18 runs in 4 overs. Similarly, Karan KC took 3 wickets for 27 runs in 3 overs and captain Sandeep took 2 wickets for 25 runs in 4 overs.
Then Charles Amini and Bau tried to handle the innings. But after a 32-run partnership, Amini was dismissed for 15 in the tenth over. Amini was caught out by Dipendra from Sompal Kami.
Finally, Nepal wins the tri nation series beating PNG by 50 runs in the final. Nepal remained unbeaten in the Series.
Related Article