BIJAY-RIMAL This article was last updated on: April 12, 2022
CPN-Maoist used a picture of NEA Executive Director Kulman Ghising on its election poster without his consent. Election Code of Conduct also prohibits government employees from engaging in campaign but Kulman Ghising photo was missed by the CPN-Maoist. The poster was published on official Facebook page of Comrade Prachanda. 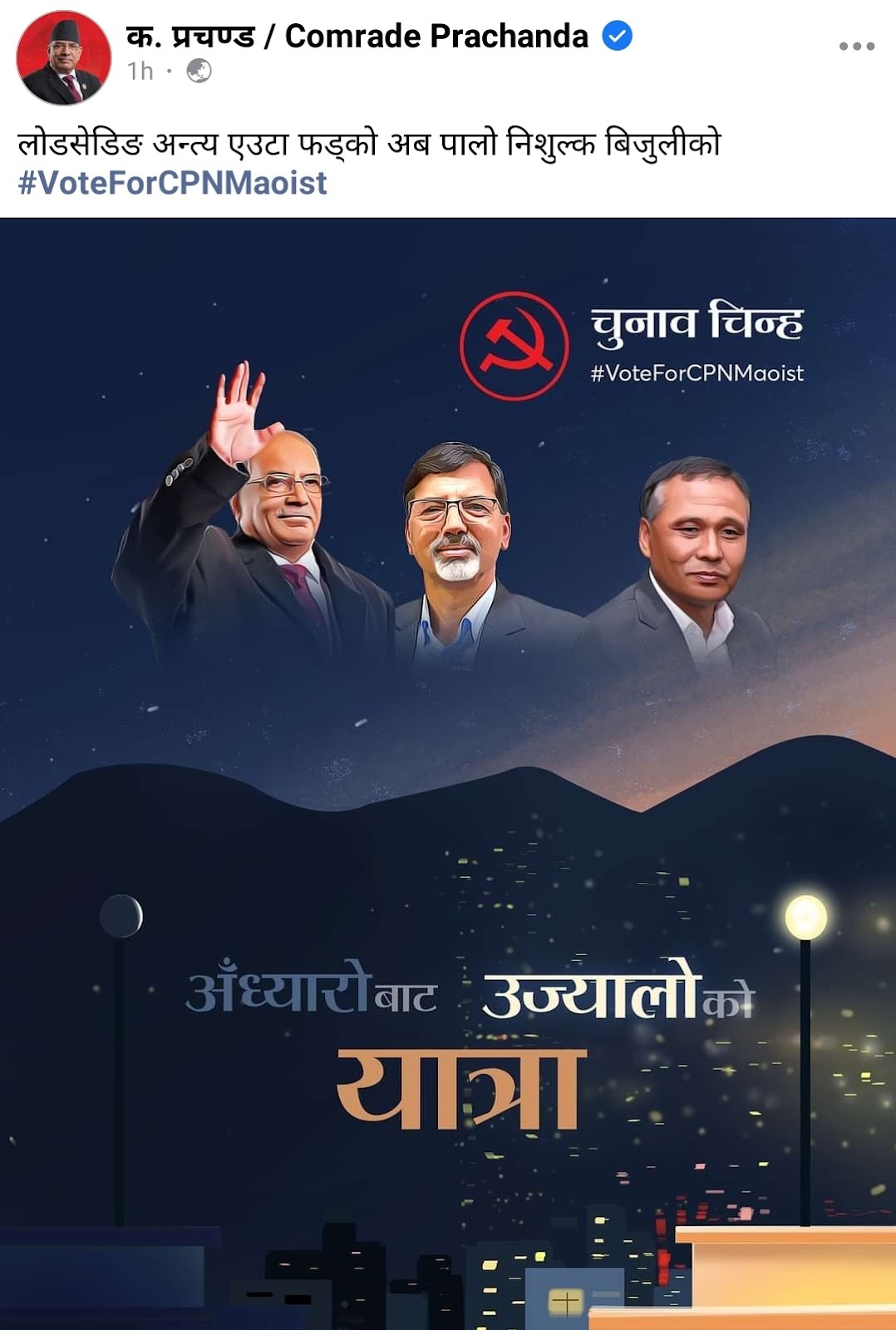