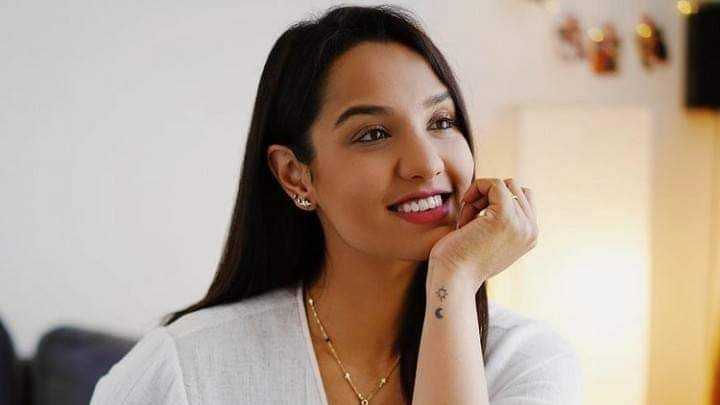 On sunday 20th march 2022, the hot topic of discussion on social media was the topic of Actress Priyanka Karki and her news linked with illegal cryptocurrency. Few news media claimed that, Priyanka karki was taken into custody for promoting the illegal cryptocurrency where as some media claimed that Priyanka Karki went to CBI to file a complaint for misusing her photo by Crypto trading apps. 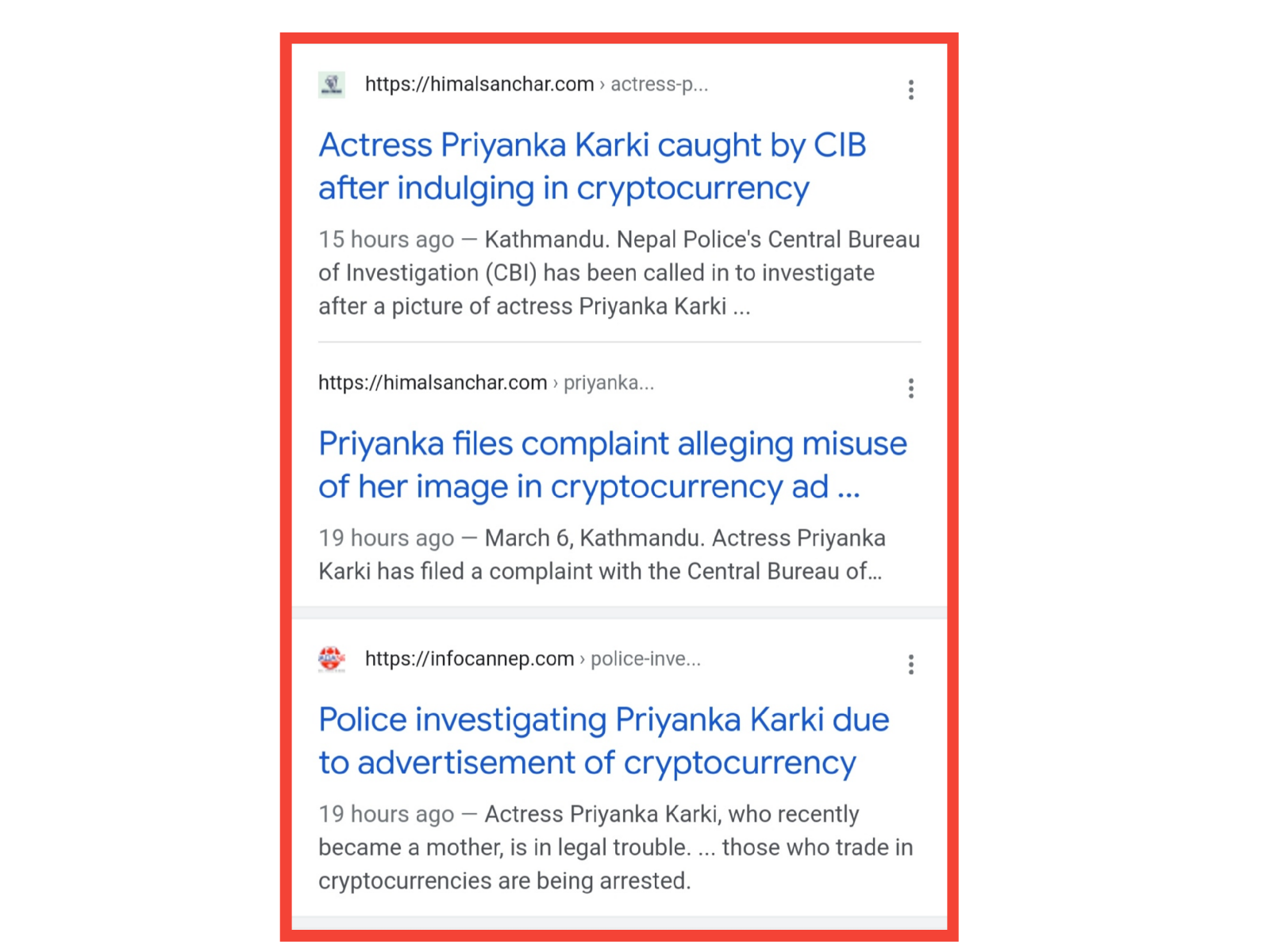 According to the news published in ratopati, Some time ago Priyanka karky has also posted a video on social media saying "I have invested in  cryptocurrency. You should also invest". As the news was of actress involved in the illegal cryptocurrency business, the news went viral over a short period of time. Click here to See here the news from Ratopati. 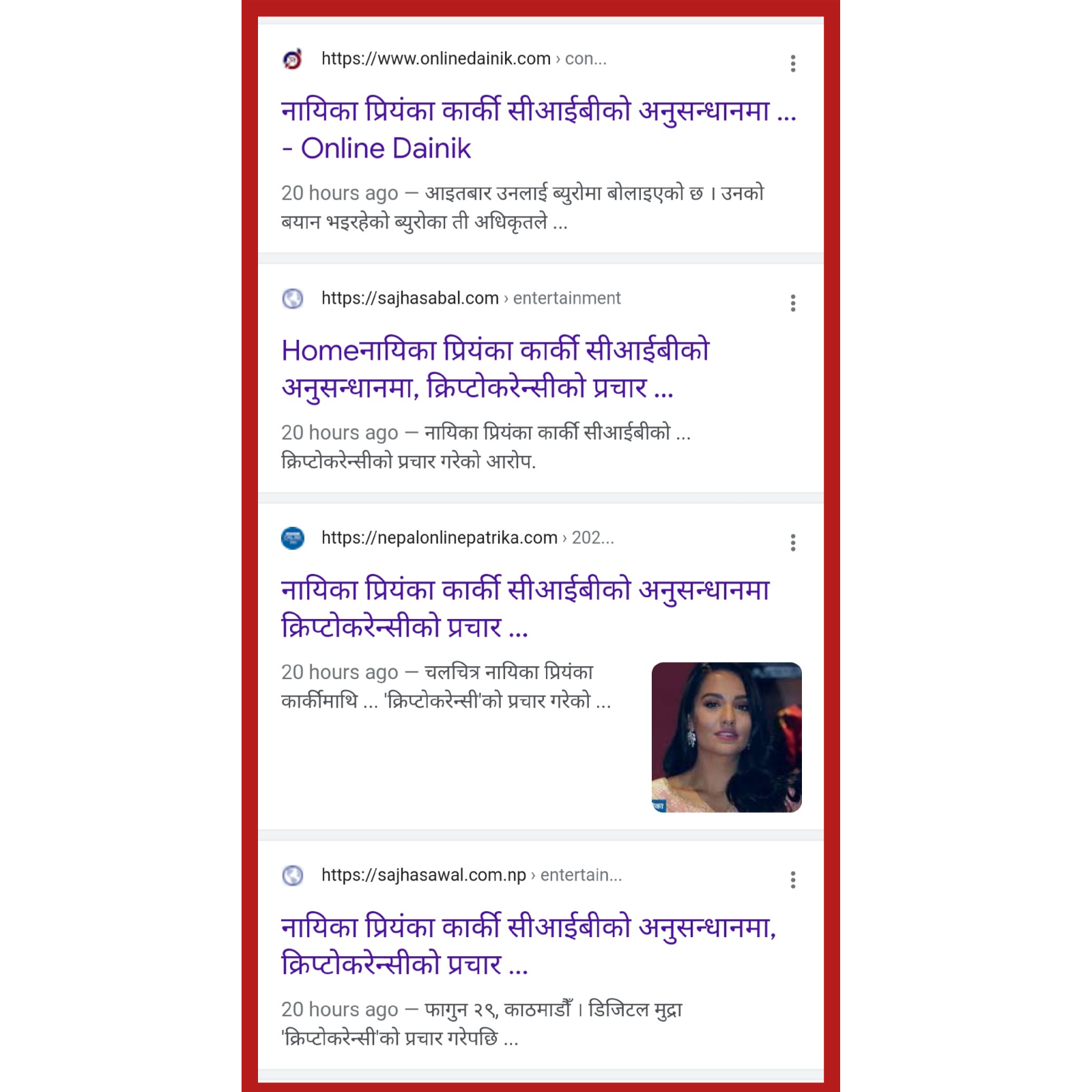 Actually what was the Case ?

A Facebook page named " Invisible friends" has posted an advertisement saying "Even Priyanka Karki invested in it ! The #1 NFT project is LIVE ! 🔥 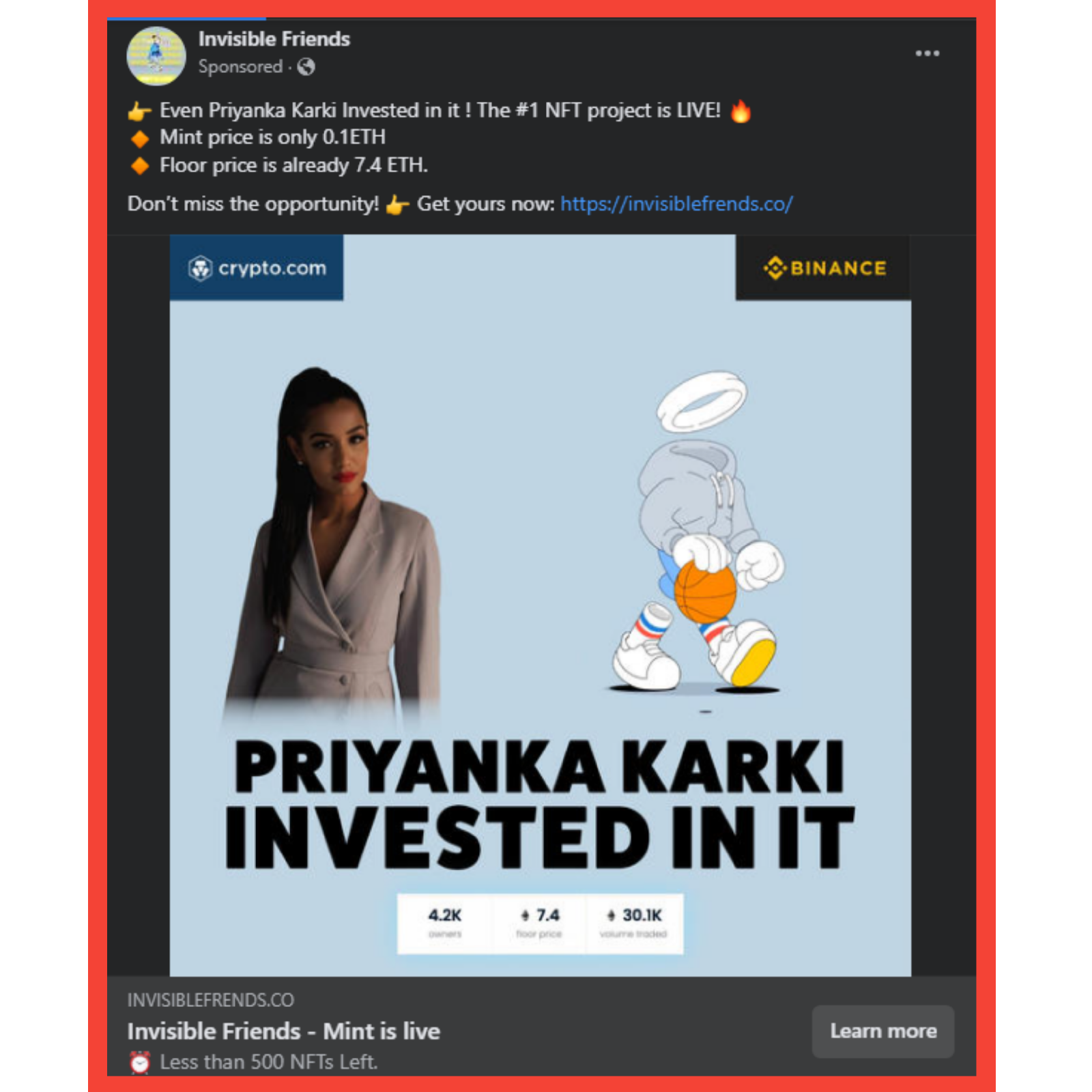 The photo of Priyanka Karki was also used by the page "Invisible friends" in the advertisement with a link to the Invisible Friends.com website. We have found the sponsored ads screenshot from the redit

After this post got viral over social media, Nepal Rastra Bank directed CBI of Nepal Police to investigate regarding the advertisement. CBI called Actress Priyanka Karki to record her statement regarding this advertisement. She went to the CBI office on Sunday 20th march to help CBI in the investigation.

CBI has recorded the statement of Priyanka Karki and the case is under investigation and definitely the cyber expert team of Nepal Police will find the truth behind it.

As like in other case, social media has already proven Priyanka Karki guilty. Where as, CBI is under investigation regarding the case.

What we have to understand is everything we see in social media may not be correct. Anyone can use anyone photo illegally on social media. So, before making judgement let CBI to investigate and find the fact behind the case.

Many such fake sponsored posts are seen on Facebook in the name of big companies like Ncell, Nepal Telecom etc. Sometime such ads contain phishing links, i.e websites designed to steal someone's username and password. After clicking on such advertisements, it is redirected to a phishing site designed to look like Facebook, and if the user mistakenly enters the username and password, he will end up setting a trap.

So you should always be aware while using social media and verify the website and pages wheather they are fake or real. Simple way to distinguish between fake and real Facebook page is Big companies pages will be verified with the blue tick and links will be of their official site only.