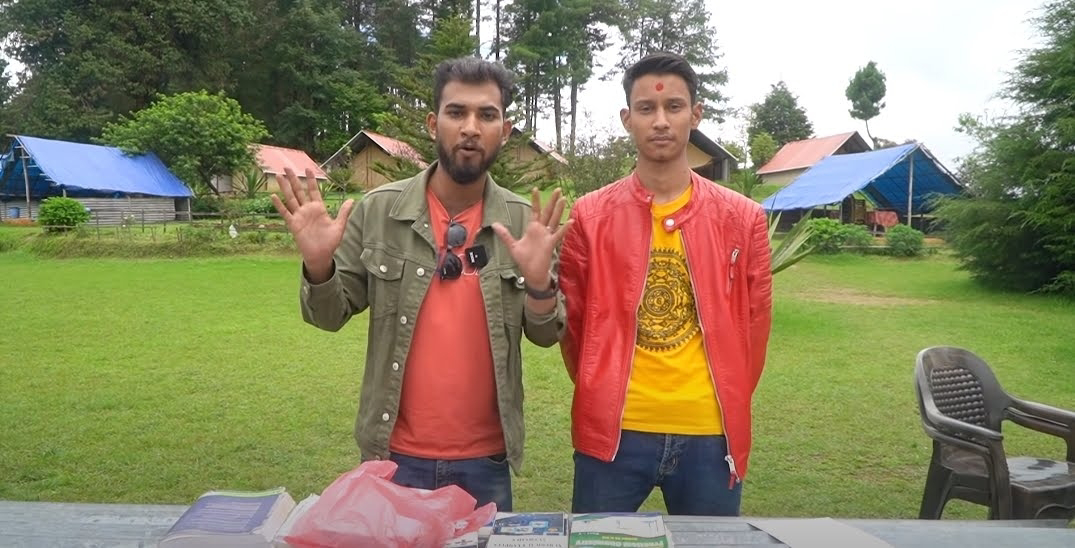 On 15 th July, 2020 YouTuber Bhagya Naupane came with his new video with the title " नेपालीले तुरुन्तै हेर्नुहोला...OMG कस्तो अचम्म Bhagya Neupane ले यस्तो युवा भेटाए Bijaya Shahi " This was video of Bijay Shahi who claimed himself as a memory king. As, YouTuber Bhagya Naupane was a well known YouTuber, everyone trusted on his video.
Within a short period of time Bijay Shahi become viral over the internet. People's started treating him as a national hero. Rishi Dhamala also took his interview on the national tv channel, Prime times. He was loved and criticized by many. At that time, he was the kid every Nepali parents want as their children.
It was unexpected for Bijay Shahi too to become such a viral person. A 19 years old boy from kalikot Nepal was totally unknown to maintain the fame and craze within people. So he started giving interviews on random YouTube channel. If he had not given interview with other YouTuber randomly, he could have maintained his name and fame till now. But he failed to do soo.
To keep his craze at the top, he started lying on several aspects. He said he hold Guinness World Records on the heading " Memory King ". But, it was totally a fake become he had a record of Champions Book of World Records which is not worldwide accepted.
Again he said he visited NASA and will again go to NASA to test his mind. To gain popularity, he even compaired his mind with Isaac Newton. These were the primary mistake that he failed to properly make people Fool.
After this people started investigation on his talent. People saw that the paper was exchanged in the video of Bhagya Naupane. Further, he said he couldn't write infront of everyone and even infront of camera.
When, he was asked about why he couldn't write infront of camera, he said he have furmula which he didn't want to show to everyone, another time he said he have Devi Mata power (devine power). It seems like he himself was confused, whether he had a furmula or devine power.
Still many people used to believe on his talent. He should have realized his mistake and stop over there, but he didn't. He was criticized by a YouTube celebrity, Punya Gautam. To take revenge with Punya Gautam he arranged to give demo on Reporters Club Nepal.
In the Reporters Club Nepal he failed to give demo and proved himself as fake memory king. Also, he gave an interview with Nelson Delis, there too he was found cheating.
Related Article