Humour : A 75 years old man who had already lost 93 election again want to be candidate for upcoming election, want to create a record 😂 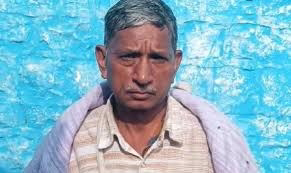 Have you ever heard about the person who have never won election but always become candidate for the election. He is 75-year-old Hasnooram Ambedkar, a resident of Nagla groom of Kheragarh, India.
He have taken part in every election from local elections to sambidan Sabha elections. He has a plan to create a history by loosing election for the 100th time. He is not too far for the record.
The nomination process for the first phase of the Uttar Pradesh Assembly elections has began. Every candidate are fighting for the win but he is also one of the candidate who is trying hard just to lose.
Related Article