What is Chhori Maiya Maharjan Case ? 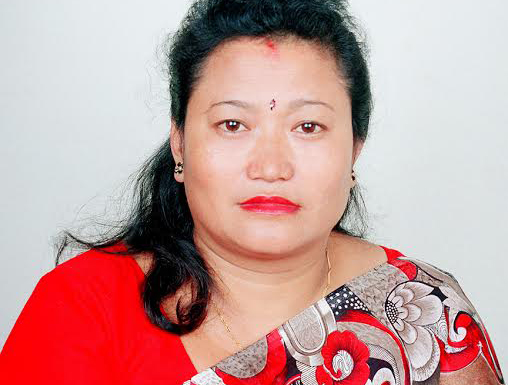 Chhori Maiya Maharajan has been missing for 10 years. She was 51 years old at that time. According to her daughters, they have visited many offices and authorities for justice but it didn't work out.
On Falgun 16, 2068 at 8 AM Chhori Maiya Maharajan went to New Baneshower to meet Nikki Singh. When she didn't return even after 12 AM her daughter's phone called her. Chhori Maiya Maharajan received the call but her daughters didn't listen any voice from her. Chhori Maiya’s daughters said, her mother mobile phone fell down 2 days ago and phone display was also damaged and this might be the reason why they didn’t hear any sound.
Evening on the same day, Chhori Maiya’s daughter received a message from her mother’s phone. The message was " ma Manakamana ma chu, sathi haru pani chan Parsi farkhan chu". This was the last message from Chhori Maiya Maharjan and she never came back.
After that Chhori Maiya’s daughter were so warried because her mother didn't know how to message and also her mobile display was broken.
When Chhori Maiya Maharjan didn’t return the next day, her daughter filed a case with the police. But not much interest was shown by police in this case. Based on a report from Asian Human Rights Commission, after filing a missing report, Nepal police only identified Chhori Maiya’s last location in 3 months.
Nikki Singh was  the main suspect.
Surakshya Singh’s aka Nikki Singh used to sell the dress of Chhori Maiya Maharajan. It is said that Nikki has taken loan of Rs 50 lakhs from Chhori Maiya but she was not returning money even after asking for a multiple times. However, Nikki Singh  has not accepted this claim. She said she has taken only 5 lakhs loan from her. But the forensic team of Nepal police has proven that Surakshya had to pay NRs 50 lakhs to Chhori Maiya Maharjan.
A non-negligible fact is that Deepak Malhotra, one of the biggest businessmen of Samsung’s sole distributor in Nepal is brother of Nikki Singh. Chhori Maiya daughter's says they have received a threatening call from unknown person. Different media says, People near Deepak Malhotra may be involved in threatening and offering money to Chhori Maiya’s daughter to withdraw the case. Although, it has not been proven who was involved in the threatening call.
The district court provided a decision after 2 years and 3 months on this case. However, the decision was made in the favour of Nikki Singh and decided that she was not guilty in that case. Judgment made by the district court was a one-line judgment.
Although people says, case has already been closed but the case is still running in supreme court as per Priyanka Karki ( Nikki Singh is aunt of Priyanka Karki). Chhori Maiya daughter's are searching for their mother and justice since 10 years.
Related Article